Advertisers are facing the most media-savvy generation ever. Audiences have become skilful at filtering out traditional advertising. They’re digital natives – social curators and cool hunters, scouring the web for new things to share.

Instead of pushing messages out to consumers, brands need to think about how to engage audiences with their messages and encourage them to share these messages among themselves.

Over the last 16 years, alternate realty games (ARGs for short) have given brands the opportunity to interact with their audiences while creating a truly memorable experience. They have frequently been used to promote TV programmes, games, films and other products, often attracting a dedicated following.

Traditional gaming is designed to help people escape from reality, whereas ARGs are actually designed to make people interact with the world around them. They’re a blend of viral marketing and role-playing games which combine real-world and online experiences to tell a story. Players interact through websites, emails, text messages, adverts, phone calls, real-world events, physical objects… any medium you can think of. In some games players follow narrative threads from one platform to another, while others focus more on puzzles or challenges that players have to work together to solve.

Rather than pushing the game out to audiences to attract participation, the games’ designers attempt to pull players into the story by leaving subtle clues called ‘rabbit holes’ (think Alice in Wonderland). The designers will often engage in over-the-top secrecy, not even acknowledging any connection between the brand and the game. While the game might initially attract a small group of participants, as the players come across new narrative threads or challenges they’ll reach out and draw others in. It’s important to remember that sometimes a whisper is louder than a shout.

Now you know what alternate reality games are, here are four of my favourite ARGs…

Alternate realty gaming kicked off in 2001 with The Beast, a promotional campaign for Steven Speilberg’s film A.I. Artificial Intelligence.

The first, subtle clue was hidden in the credits of the film trailer. Observant viewers noticed that a Jeanine Salla was credited with the role of ‘Sentient Machine Therapist’; this same credit was later found on the film’s promotional posters. Curious about who Jeanine Salla was and what her job involved, many people searched for her online.

This led to a biography on a fictional university website where she supposedly worked. Included in her profile was her email address and phone number. Those who were curious enough called the number and heard a recorded message. In this message she revealed that her friend Evan Chan had recently died in a boating accident aboard an AI-enhanced vessel.

The player was then able to follow a series of clues hinting that Evan Chan was actually murdered. The game spanned more than 50 websites with a total of around 1,000 pages featuring characters such as anti-robot activists and robot sympathisers. To prevent a connection between the websites and A.I. Artificial Intelligence, the websites were registered to various individuals with the surname Ghaepetto (a reference to Mister Geppetto, the carpenter who created Pinocchio), and under fake phone numbers and addresses.

The game was described by the Los Angeles Times as ‘one of the most elaborate movie promotions every conceived… unprecedented even by Hollywood standards’.

When the first Cloverfield trailer debuted in 2007, nobody really knew what it was for – we didn’t even know the title. All we had was ‘1-18-08’ at the end of the trailer.

Inquisitive fans discovered 1-18-08.com, a website that contained a growing collection of photographs featuring characters from the film trailer. This led users to track down the characters’ MySpace profiles.

While some film fans were finding out about the characters, others were investigating Slusho!, a fictional frozen drink that is briefly shown on a t-shirt in the trailer. This prompted people to visit the official Slusho! website, where it was revealed that Slusho! was owned by company called Tagruato. On the Tagruato website you learn that, besides manufacturing soft drinks, the company has branched out into other ventures, such as deep-sea drilling and space satellites.

Back on MySpace, one of the characters, Rob Hawkins, announced that he had been offered a job at the Slusho! company in Japan (explaining the going-away party shown in the trailer). Among Rob’s MySpace friends was a character named Teddy Hanssen – an activist who was secretly planning to infiltrate the new Tagruato sea-drilling station near New York City.

In 2008 several ‘news clips’ from around the world were uploaded to Youtube reporting the collapse of a drilling station (the same drilling station Teddy was attempting to infiltrate). From the clips, viewers were led to believe that it was attacked by some sort of undersea monster, key to the plot of Cloverfield.

As a fan of Nine Inch Nails, Year Zero was the first ARG I became aware of and followed closely online, effectively making me a player. The game began in 2007, during the 'With Teeth' tour. Fans found that a new tour t-shirt contained highlighted letters, which spelt out the words ‘I am trying to believe’.

Some fans eventually discovered that iamtryingtobelieve.com was registered as a website, and soon several related websites were found in the IP range, all describing a dystopian vision of the world fifteen years in the future.

During a concert in Lisbon, Portugal, a USB drive was found in a toilet stall, containing a high-quality MP3 of a track titled ‘My Violent Heart’, which was then circulated online. At the end of the track was a few seconds of static. One fan realised that when analysed under a spectrogram this static revealed an image resembling an arm extending down from the sky. More clues were discovered in objects found or handed out during the tour, like fliers, lithographs, DVDs and more USB drives.

As the story progressed, fans were invited to a ‘resistance meeting’ in Los Angeles where they were each given mobile phones, among other items. Two weeks later they received an automated phone call, inviting them to another, more clandestine meeting. This turned out to be a secret Nine Inch Nails gig, which ended with a raid by a SWAT team.

The ARG helped set the scene for Trent Reznor’s highly conceptual, narrative-based album Year Zero. In response to criticism regarding the promotion of the album, Reznor stated: “The term ‘marketing’ sure is a frustrating one for me at the moment. What you are now starting to experience is Year Zero. It’s not some kind of gimmick to get you to buy a record – it is the art form... and we're just getting started. Hope you enjoy the ride.”

The Halo 2 viral marketing campaign was arguably one of the best, as it started with no apparent connection to the game whatsoever.

In 2004, members of the gaming community received large jars of honey in the mail, containing letters that when rearranged spelt ‘I love bees’. Around the same time as the unexplained honey jars, the first trailer for Halo 2 was released, and fans noticed that, for a split second, the xbox.com address at the end was replaced with ilovebees.com.

ilovebees.com appeared to be a blog for a bee enthusiast named Dana that had been corrupted and filled with strange warnings, messages and countdowns. Later it was revealed that the website had been hacked by an artificial intelligence named Melissa.

Melissa later updated the website with real GPS coordinates that lead to pay phones across the United States. One fan apparently stood beside a pay phone while Hurricane Frances was only minutes away. The plot unfolds over a series of audio chapters, and concludes with Melissa accidentally revealing Earth’s location to the Covenant, the alien antagonists of the Halo series. The Covenant invades earth, and this is where the plot of Halo 2 begins.

Alternate reality games are so engaging because they combine storytelling, a powerful tool for brands, with discovery and interaction, both online and in the real world. The campaign breaks free of its format and becomes an experience. While setting up a full-blown ARG isn’t always efficient, we can still take a few lessons and apply them on a smaller scale. By using narrative, encouraging audience interaction and spanning multiple platforms, you can create something compelling and memorable. 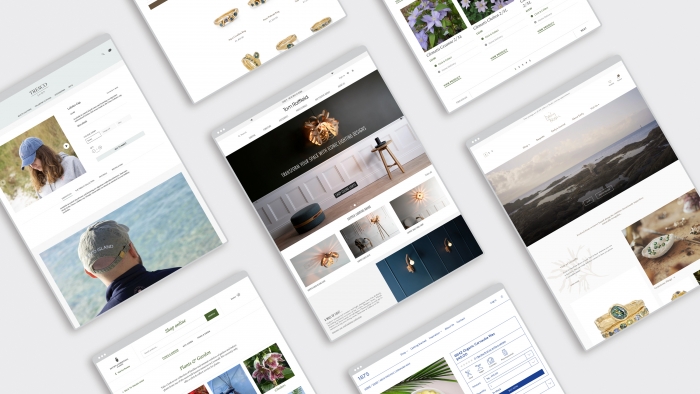 12 ways to optimise your online store 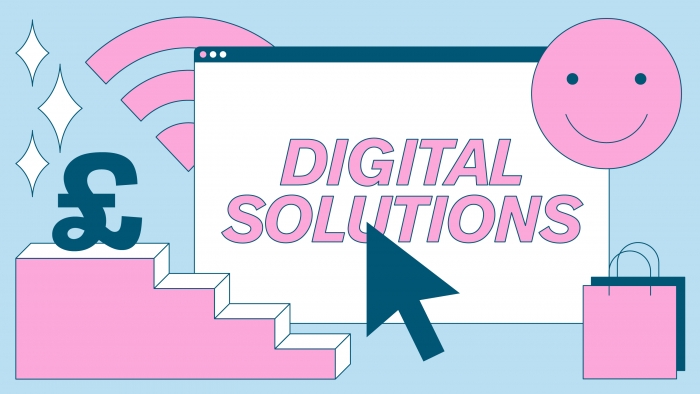