Bad book covers, classic cars and a giant kraken – discover the weird and wonderful things we’ve been looking at lately.

Quarterly Thoughts always uncovers a rich range of interesting and inspirational finds, from art and design to politics and word play. This edition is no different, with our collective treasures including clever campaigns, a sleepy seal, and a giant kraken made of steel.

Two and a half years ago, on the island of Tortola, British photographer Owen Buggy discovered the Kodiak Queen, a former WW2 naval fuel barge. Instead of letting the historic barge be scrapped, Buggy approached his former boss Sir Richard Branson with the idea of a collaborative restorative art installation.

It resulted in a massive 80-foot steel kraken, mounted to the top of the Kodiak Queen and sunk into the Caribbean Sea. The porous sculpture will provide a base to grow transplanted coral, helping to rehabilitate vulnerable marine life and support swim education programmes.

This short film, by filmmaker Rob Sorrenti, documents both the construction of the sculpture and the sinking of the ship.

Read more about the projects here.

I’m really interested in what’s happening in Brazil at the moment with the rainforest fires and deforestation. Kinfolk magazine has featured a really interesting article about Roberto Burle Marx, a Brazilian landscape designer who died in 1994. He designed over 3,000 gardens across the world and loved to rethink design’s relationship with nature. He is best known for Copa Cabana’s famous black and white paving along the promenade.

He also believed he could shape Brazil’s cultural policies from the inside out. He worked with the then government and made speeches about the destruction of the rainforests. I wonder what he’d think about the current political climate of Brazil, and what’s happening to the rainforests now. We need someone to carry his work and beliefs on, I feel.

I always really enjoy seeing the Wildlife Photographer of the Year exhibition, which is now entering its 55th year. They’ve just released a first look at some of this year’s images, and my favourite is definitely the sleepy seal! Having previously worked for the National Seal Sanctuary, these lovely creatures will always be a favourite of mine. The full exhibition opens in October and I’m really looking forward to seeing what other amazing photos are yet to come.

I recently spent some time travelling through Switzerland before going on to Italy. I was struck by the architectural differences between each environment, when distance-wise there are only a handful of hours between each. Switzerland has its chocolate-box chalets, which are scattered sporadically between the mountains and seem a product of the natural resources available, as well as the need to protect from the varying climates they encounter. In Italy, however, the houses clinging to the lake’s edge, where flat building space is at a premium, were densely populated with brightly coloured facades. Both are equally beautiful, and the comparison prompted me to think about how countries develop their own architectural identity based on access to materials, weather conditions and practicalities, amongst other things.

I’ve been crazy about cars for as long as I remember. A favourite party piece aged four was to be asked by my parents, ‘What car is that?’, whereby I would respond with not only the manufacturer but also the model. So imagine how thrilled I was when my wife Emily presented me with a three-day ticket to Goodwood Revival for my birthday this year. This extraordinary annual event revolves around the famous racetrack near Chichester, and is a must for car nuts like me.

The attention to detail in recreating the aura of the 1950s, 60s and 70s motoring scene is quite simply breathtaking. When you add to that mix thousands of revival-goers dressed in outfits from the period and a series of high speed and competitive races around the circuit, it becomes a truly immersive experience. From beautiful passenger cars and rare racing machines to vintage aeroplanes, classic motorbikes and fairgrounds, the Revival succeeds beyond measure in keeping the glamour of motoring alive.

I was interested to read this article in The Guardian, which encourages us to think less about ‘fast fashion’ and more about ‘slow style’. I believe we should not only be making more conscious decisions about how and where we purchase clothing, but that we should also look after what we do have to prolong its lifespan. As an alternative to the fast fashion mindset, I’ve started making my own clothes, using sustainable and hardwearing materials that are more likely to last. By sewing my own, I also feel more attached to what I wear, which means I’m less likely to throw things away. Alongside creating things from scratch, knowing how to sew means that I can repair and alter my clothes; I recently attended a darning and repairs workshop at the Port Eliot Festival so that I could learn how to mend different fabrics. I think it’s great that people are becoming more aware of fast fashion, but we should also be talking about slow style and the value of wearing our clothes out.

I love the School of Life. A global organisation that helps people live a more fulfilled existence, its aim is to help you build emotional intelligence around work, relationships and social life. I’ve been attending their seminars at the London outpost for a while now, but they also run thought-provoking talks in interesting locations and have a brilliant YouTube channel. In addition, they publish a range of books and have created lots of different lifestyle products. Their brand is really well executed across all their offerings, and they have an amazing eye for design aesthetics. Their weekly newsletter is my favourite inbox treat every Friday!

With a lively and curious two-year-old to entertain, I read more than my fair share of children’s books in the average week. In fact, my toddler has so many books that they’re taking over the house – our well-worn paperbacks have been ‘relocated’ to make room for Hairy Maclary and The Tiger Who Came to Tea. But I’m not complaining; this actually fills me with joy. What I’ve realised while reading is that when children’s books are good, they are really, really good (and like any form of writing, the bad ones can be really, really bad). On the surface, something like The Gruffalo might appear simple, but look a little deeper and you’ll find all manner of poetic and storytelling techniques at play. There’s an awful lot that can be learnt about great copywriting by studying children’s books (in fact, my colleagues recently had to suffer a workshop on this very subject). I was interested to discover that more adults are now reading children’s books than ever – perhaps because they tap into our innate need for stories and offer a totally different perspective on the world. For maximum enjoyment, push past the embarrassment barrier and read one aloud.

I thought Spotify’s recent billboard ads were really good. I love a play on words, and these are really simple but clever bits of copy that can be read and understood in a second.

What is the point of commissioning photography when you can just buy stock images? Hopefully the photo below (despairing woman ten ways) illustrates the point. Recently I’ve been enjoying the Caustic Cover Critic's blog, which documents book covers that use the same stock photos. It’s fascinating to see the tricks designers have employed to adapt the photo for different genres and make it look unique to that story (I’m assuming the guitar floating in a field of wheat symbolises ‘music’). It’s also hard not to take a tiny amount of pleasure in the idea of a publisher who refused to fund a photo shoot realising that their cover isn’t quite as unique as they thought it was. Take a look at other examples, courtesy of AIGA.

I’m a big fan of generative art and computational creativity so the Veoluz app, which encourages you to play with streams of light and create dream-like renderings, is right up my street.

It’s built by Jared Forsyth, a very talented and creative developer based in America. In his words, Veoluz “attempts to mimic the behaviour of photons as they interact with barriers of various kinds − those that absorb light, those that reflect light, and those that refract light”. Whatever the concept, it’s a lovely tool for creating something pretty. Give it a go and create something mind-bending for yourself. 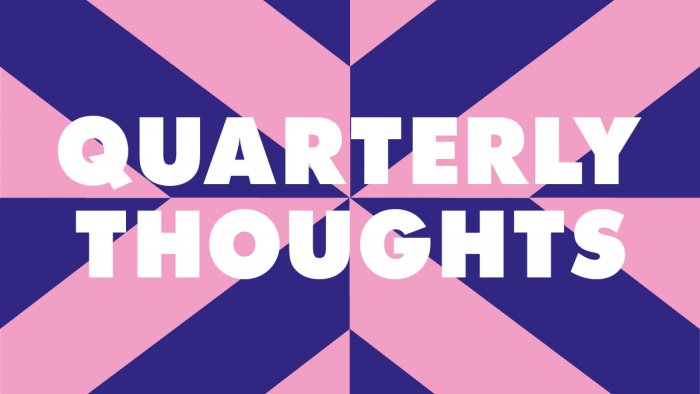 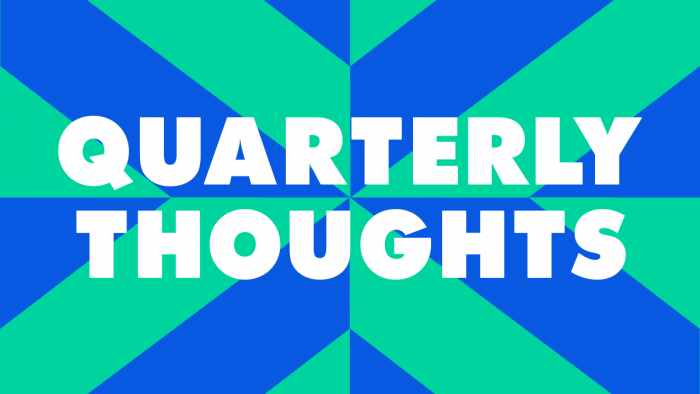