It’s that time of year again. The 2018 issues of Tresco Times and Houmout are in and we’re enjoying the publishing-house feel that falls on the studio when they come around.

The success of these print projects, and our reflections last year on Tresco Times and the power of print, got me thinking about the increase in this kind of content marketing. Which brands are doing it well and what makes them so successful? Let’s look at three examples and pick apart why they work.

The Standard Hotels’ mag, Standard Culture, began life online. In 2014, they decided to bring their culture section out of the digital realm and into the real world. Featuring interviews with artists, actors, musicians and activists, as well as political pieces and guides to the cultural scenes where Standard Hotels are based, the magazine celebrates precisely what it claims to: culture.

The reasons why it’s such a success? First, it nails it: the design and content are the quality you’d expect from a culture magazine at the top of its game. Second, it’s fully on board with the brand’s objectives: The Standard’s purpose is to create ‘a community that celebrates interconnection, radical self-expression, and the spirit of travel’, and Standard Culture plays a vital part in fulfilling this purpose.

Pulp is the quarterly ‘journal of people and paper’ from paper manufacturer Fedrigoni. Produced by Eye magazine, the publication focuses on the stories its audience finds interesting, such as interviews with renowned illustrators and articles on innovative design.

The journal itself showcases Fedrigoni’s wide range of paper stocks, from textured pages of eponymous pulp to ultra-glossy double spreads. It also acts as an inspiration piece with a highly considered and creative aesthetic, showing its readers what’s possible with print.

Red Bull is the king of content marketing. In fact, they launched their own multi-platform media company – Red Bull Media House – back in 2007. Alongside viral videos of skydiving from space, they publish The Red Bulletin, an active-lifestyle magazine, as well as three other print publications.

In less than 15 years, The Red Bulletin has grown from an on-site paper at the Monaco Grand Prix to an international monthly magazine with a print circulation of 2.2 million copies. It’s a profitable publishing endeavour in its own right but it also plays a part in Red Bull’s wider brand strategy: to make the company synonymous with the active-adventure lifestyle of its target audience.

The secret to success

All three publications work for two main reasons: they’re part of a wider marketing strategy and they’re damn good magazines. If you want to start a brand magazine, or make your existing mag more successful, you first need to figure out where it fits in the marketing mix. As with any piece of marketing or advertising, set goals, choose tactics and consider costs.

Once you’ve got your plan in place, take your production cues from real publishers. Your mag should be top-notch: well designed and alive with entertaining and interesting content. This isn’t a vanity project and it isn’t a place to plug your brand – it’s a piece of print you want your audience to want to read. And one that ultimately works towards your branding and business objectives. 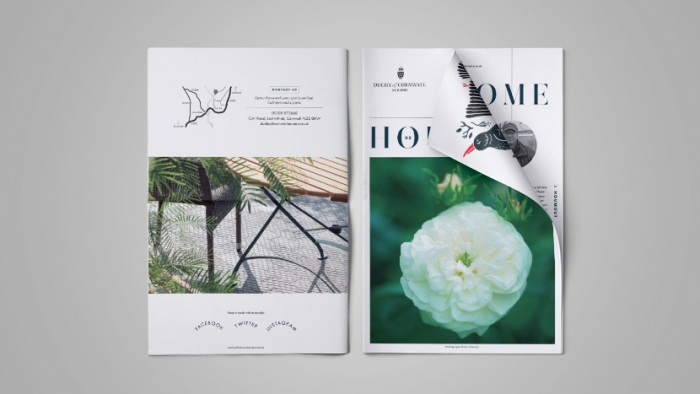 Making Houmout with our illustration intern