Inspiring action and communicating change through a dedicated sustainability campaign for boatfolk.

boatfolk is a contemporary and future-focused brand with 11 marinas based around the UK. Its team has been working hard to minimise boatfolk’s impact on the planet, with a keen sense of the responsibility that falls on businesses within the marine sector, as well as those who enjoy life on the water.

The team approached us with the vision of uniting boatfolk’s ongoing sustainability projects under a single campaign identity. This identity would then act as a platform that audiences could support and amplify, driving further change. Among the key objectives that we needed to consider were: inspiring and educating the boating community about sustainability; aligning boatfolk with other like-minded organisations; and ultimately, improving its impact on the environment.

This was an interesting project for us, as Sarah, one of our in-house designers, has a specialism in ‘design for good’ and environmental campaigns, with a great deal of past experience in this area. Led by Sarah, we therefore began by setting out a strategy for the campaign, in which we explored avenues such as cultural currents, the framing of messaging, and actions and their effects.

From these foundations, boatfolk made the decision to push the campaign further, to become something more hard-hitting and challenging than they’d originally planned. What began as a boatfolk sustainability campaign therefore became a strong incentive in its own right.

With this in mind, we produced various different concepts for consideration, each with a unique campaign name and distinct visual feel. boatfolk’s chosen route was ‘Coastline Deadline’, with a name that evokes immediacy. We paired this with a deliberately DIY aesthetic, emulating the old punk posters of old. Armed with a dodgy photocopier, some paint and enthusiasm, we set about creating the brand world in which the campaign exists. This was ultimately a fully editable world that we could hand over to the client in Canva, meaning they can create striking graphics on the fly and are empowered to produce content as and when they need it, without being hung up on a design aesthetic that sweats the details.

With the Coastline Deadline brand in place, we set about applying it to assets for boatfolk to use. These needed to be flexible and adaptable, allowing the team to highlight a range of messages, from informative posts about re-wilding and species preservation to publicity for upcoming events. We therefore considered channels such as social media and advertising, as well as applications including reusable water bottles and marina stamps.

We knew the campaign needed to have a striking digital presence so it was vital that we saw the brand move and animate from the word go. Working alongside the animation studio Pushed, we produced a hard-hitting short that launched at the Southampton Boat Show with various spin-offs to come as the charity builds a head of steam.

Though Coastline Deadline is just beginning ­– with much more still to come – the new unified campaign is already seeing results. boatfolk and Coastline Deadline are leading on regular marina-led events such as beach cleans, as well as partnering with organisations including The Seahorse Trust, the Wild Oysters Project and Cleaner Marina. Initiatives like eco-moorings at Studland Bay and a bio hut at Haslar Marina are now up, running, and attracting interest. 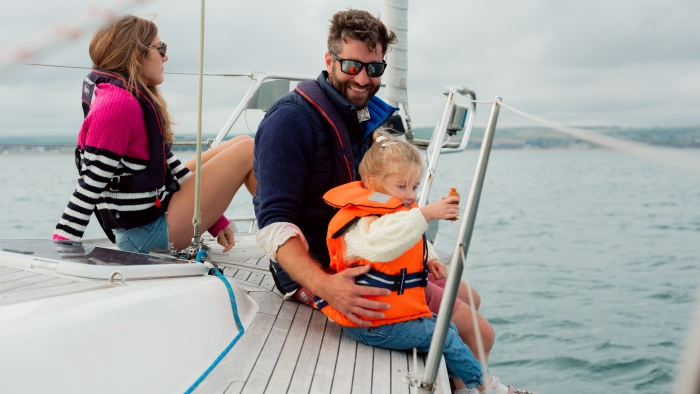