Our latest installment looks at everything from stop-motion monsters to hands-on home crafts – with serious pause for thought along the way.

Ray Harryhausen was a true master of stop-motion animation, responsible for some of cinema’s most iconic creatures and mythical beasts. His works include Clash of the Titans, The 7th Voyage of Sinbad and Jason and the Argonauts (my personal favourite), to name just a few. To mark Harryhausen's 99th birthday, models from his archive have been restored and will be shown at the Scottish National Gallery of Modern Art.

With everything that’s going on the world at the moment, I’ve been seeking solace in the great outdoors (as have so many of us). A sudden appreciation for birdsong as the roads quietened down; nature blooming into the luscious spring season; and savouring my daily exercise and what it means to be outside. We’re lucky in Cornwall to have been locked down in such a beautiful place, and I’ve certainly not taken this for granted. It’s given me the opportunity to explore what’s literally outside of my doorstep, rather than relying on jumping in the car to well-known beauty spots. Hopefully a positive to come from the current situation is our awareness of the environment and how we can radically adapt our ways of living and working for the environmental good. This article in the Guardian summarises the impact lockdown has had. It’s the perfect opportunity to rethink how we do things, no matter how small.

For some lighter viewing and nature escapism, check out this live stream of a pair of Ospreys in mid Wales, who currently have two chicks in their nest. Extremely expressive birds and a real time waster!

It’s definitely been a strange few months, in which we’re getting used to a new way of doing things! I’ve found it interesting to see both the negative and positive impact this has had on the world around us. One element that I always found myself reading more into is how animals behave when there a far fewer humans around. This article was interesting, showing how a record number of flamingoes have been spotted in India – they migrate there each year, but 25% more have been seen this year due to less human activity and construction. Then there have been the weird cases – pelicans wondering around a deserted London and sheep waiting patiently outside a closed McDonalds!

As the studio’s resident baker and treat provider, I’ve been spending my extra free time in lockdown baking for my family and friends (when I’ve been able to source flour, of course). I believe baking is a great form of expression and communicating with others. Plus, I find the process relaxing and it provides a real sense of achievement – all of which have been essential to me during lockdown.

Like many people, I’ve been spending more time (almost all of it, in fact) at home. While this has its challenges, I’ve loved seeing how we’re all embracing different forms of creativity to while away the time, stay ‘active’, and make the days feel different. As someone that spends a lot of my hours working and thinking on the computer, I enjoy doing something hands-on during downtime. For years, I’ve wished that I could knit something other than a straight-line scarf, but always felt that it would be too hard to learn (not least because knitting patterns seem to be written deliberately to exclude those who aren’t in some kind of elite knitting club).

Thankfully, these kinds of crafts are making a comeback and the next generation of knitters is rising to the challenge, armed with bamboo needles and super-soft merino wool. In the last few months, I’ve learned not only to cast on and off, but also to create single rib, stocking stitch, moss stitch, raglan decreases (what?), and myriad stitches in-between. If you fancy giving it a try, über-trendy companies like Stitch & Story and Wool and the Gang sell beginners’ kits with everything you’ll need – including plain-English instructions and video tutorials.

Jane Austen once wrote, ‘Where the waters do agree, it is quite wonderful the relief they give’.

Since early March, Emily and I have taken to the waters every day. We’re lucky enough to be able to stroll down to the sea first thing in the morning and take a dip. Admittedly it was bracing at first — to say the least, in March – but increasingly we’ve become accustomed to the sea temperature and now we barely flinch. This new ritual has really helped us both mentally and physically come to terms with the current situation and all that it entails. We vow to carry on throughout the year and have been welcomed by a the lovely local community of daily swimmers who, like us, swear by a daily dip in cold water. Funnily enough I swore too, back in March, but seemingly less so now.

Here’s a video of our friend Alastair Sawday taking the waters near where we swim a few years ago.

If you’re interested in taking up this life affirming activity, wherever you live in the UK, there’s no other better source than the Outdoor Swimming Society.

I've been taking an in-depth look into the virtual economy and its current-day significance. This site produced by Atlier states, “This report is the first-ever in-depth exploration of the Virtual Economy, the growing universe of sophisticated platforms, fledgling and often dubious marketplaces, skilled nixers, volatile assets, and ambitious pioneers that exist or operate uniquely in virtual environments.”

Built as a three-dimensional cosmic expanse of information using Web GL, this immersive experience is a rich information source as well as a technical tour de force.

As the world turned upside-down, design trends and points of visual interest all seemed very trivial. I really began noticing the small details of my surroundings and how keeping things simple in my daily life helped my creative output enormously.

As we were all adjusting to the new normal, I, like everyone, was especially taken by the Black Lives Matter movement. It prompted some real soul searching and yearning to learn more, read more and DO more. The creative community really came together to show solidarity to a movement which needs all of us on board and it was really exciting seeing actions behind the usual ‘pretty’ visuals. Who would have thought that Adidas would ever retweet a Nike ad? It shows that racism transcends even brand rivalries. Some great pieces and further links can be found here. 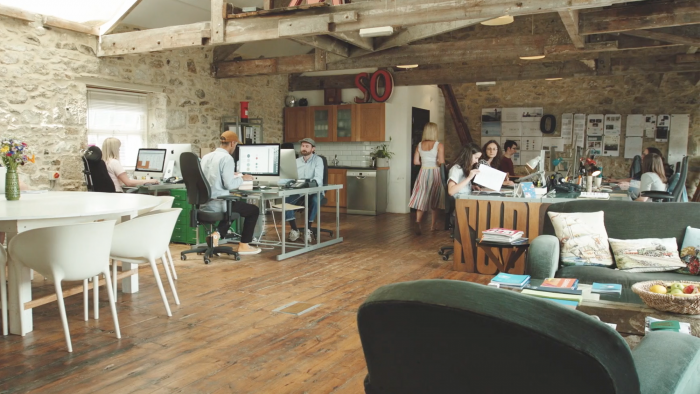 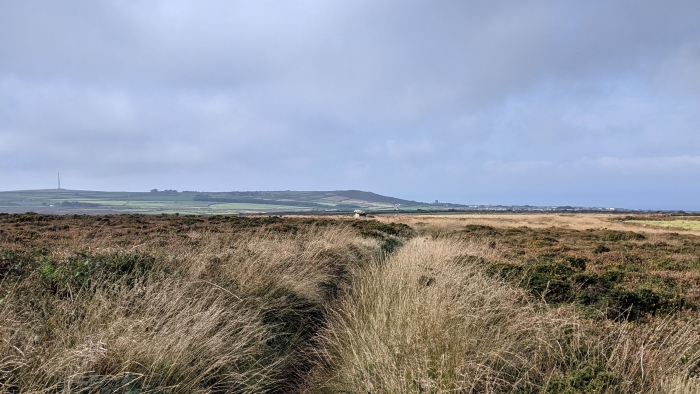